I had one of those days yesterday.  I wasn’t able to sit down to write so posted a few photos instead.  I was busy in the garden. The day started fairly early, when I heard a truck pull up out the front.. I knew we were having a skip delivered today as when we shifted in, the previous tenants had left heaps of junk around, so we needed to get rid of it all.

I threw some clothes on, as I was still in my jammies and went out to see the guy and tell him where to put the skip..  All’s good, he places it where I want it.. then gives me the invoice and points out what I can’t put in it.  Now this is where my mind started to boggle.  Remember this is a skip for your average person to put rubbish in.   We have a perfectly good rubbish removal service from our local council, so don’t need to get rid of household rubbish or recycling.. we put that in the wheelie bin… No, this was for the stuff left hanging around and garden waste.

So, I have a look at the part he’s circled.. ( I bet he’s not used to people reading the fine print).  This is what I read… Do not put in: Soil, rocks, dirt, bricks, concrete, tiles, tree stumps, tree branches over 4 inches thick, gyprock, carpet, structural timber, building material, tyres, chemicals, asbestos, bed bases and mattresses..

I put my glasses on and reread it, thinking I was wrong but no.. my ailing eyesight had read it correctly.  So I said to the guy.. “So exactly what ARE we allowed to put iin.. You’ve narrowed my choices!”  He was totally taken aback by my question and looked amazed that I could ask such a stupid question.  So i pointed out to him that we had rubbish to remove… that was the idea of getting a skip and that I had no intention of washing my weeds and garden clippings before I put them in to avoid getting any dirt in there.

Flummoxed….. That’s the word I’ll use because I like it.. He was completely flummoxed… Gobsmacked.. Taken aback…. I had the temerity to question their policies.. I’m not sure if it was because I was a woman or if he’d have been as startled had anyone asked the question.. irrespective of gender.  He laughed in that uncomfortable way we do when we want to be anywhere other than where we are.. then he changed the subject and left..

Okay.. so I just had to work around it. so my excuse for not being present on here much yesterday was my attention was taken with finding rubbish allowable for a rubbish skip.. I cleaned a fair bit up but did throw my weeds in anyway.  I wasn’t about to wash them as I told him.. so some dirt is unavoidable. Now before you say to yourself.. oh he meant just don’t dig clumps of dirt up to put in.. THAT would be covered by mentioning soil.. so to put soil AND dirt was a bit much I thought.

Okay.. so the gardening was done and I finally had a shower, put my jammies on, poured a wine and sat down to relax.  Lachlan and I got talking about Christmas presents and he thought of something for my daughter in law to be, so went onto Ebay to see if it was available.  This is where the day just got more ridiculous.  We found the object and read the description.. This is EXACTLY what it said in regards to location and postage.

At least it’s comforting to know that even the Pope himself can’t buy it.  I mean.. why say, Posts Worldwide, when there seem to be very few countries who CAN  receive it.  And to make matters worse, it’s not actually in alphabetical order so you have to read the whole thing just to find out if you’re one of the countries they can’t post it to.   Poor old Hong Kong.. The item’s  location is Hong Kong Hong Kong but they can’t post it to Hong Kong.  I guess you need to live in Hong Kong Hong Kong.. not just Hong Kong singular.. Couldn’t he just have said where he CAN post it to.. List would have been shorter.

By this time I was too busy shaking my head to be able to read the rest of the list to see if Australia was there.  Needless to say I didn’t order anything.  I also decided that the written word can be used extremely badly so didn’t want to add to it’s destruction and went to bed instead of writing anything.. I hate to see language being abused and tortured.. so sleep was a much better option for me.. Today I’m okay with destroying the written word again so am back.. Aren’t you pleased?

Anyway.. I decided to start adding some photos. I’m heading back to college next year to study photography.  It’s something I’ve only recently fallen in love with and I’m looking forward to starting to understand better how to capture the sort of shots I want to shoot. I don’t quite understand why I’ve come to this passion so late in life.  I’ve probably always loved it but never really had a good camera to take photos.

On my 40th birthday (11 years ago now.. sigh) my friends and family all put in and bought me my first digital camera.  At the time, they were still pretty new and usually quite crappy.   Mine was splendiferous!! It was only a 3.2 megapixel but the photos I took on that still make me feel proud.  It’s color was fantastic and I always got great shots out of it. It was a sad day indeed when it started to fail on me.  Of course, I’d had it about 5 years by that time and it had taken thousands of photos. By the way, it was a Kodak and I bought a few Kodaks afterwards before giving up on them as none were as good as that first one.  It took me a while to finally concede defeat though, so strong was my loyalty to my first digital camera (which I still have put away).

My preferred subject is people.  I love capturing emotions.  In saying that, I envy photographers who get those amazing shots of a drop of water splashing up, capturing every droplet as it bounces into the air. So while I’ll be concentrating mainly on people, I certainly want to start to feel capable of taking those amazing up close shots.

To achieve this, I’m also going to have to buy myself a new digital SLR as a Christmas present.. (oh shucks)… I have absolutely no idea what to buy.  I have friends who are Nikon fans and others who are Canon disciples so I really can’t make up my mind.  I’ll just have to research it all a bit more.   Have you ever found that people are very one way or another.

I can remember the arguments between my brothers who liked Ford and Holden respectively.  To this day, I still hear the eternal bantering as to which is the best car.  Car bumper stickers that say.. This is Ford country where on a good day, you can sit quietly and hear the Holdens rusting…. and then there’s the flip side.. Ford stands for Full of Rust & Dents..  Ah yes. it has become almost a right of passage to choose a preferred car maker and to stick to it.. My Dad worked at Ford Motor Co so I felt an obligation to prefer Fords.

Then there is the constant battle that goes on in my house over Mac vs PC.. I’m a PC girl.. I’ve used a PC for about 20 years now and am used to them..  My son is a Mac boy and is always telling me how superior they are.  I can use a Mac quite efficiently as he can a PC.. We’re both quite proficient on the other ones computer but we have a strong preference for our own.  We all know PC’s are better by the way.. 😉

We were talking last night about the battle in the 60’s as to whether The Beatles or The Rolling Stones were the best band.. I’m sorry.. to me this was a no brainer… Mick Jagger vs Paul McCartney?? helloooooo.. Paul is still gorgeous today.. and Mick still looks like he needs a good feed and a bottle of valium.. I think you might all know how I vote on that particular subject.

There are so many sides we are asked to take by advertisers… Rosella vs Heinz tomato sauce (ketchup for some)…. Pepsi vs Coke … Butter or margarine.. The list is endless.  When I was a kid it was Derwent pencils vs Lakeland… yes, we are dragged into the war of brands at an extremely young age and don’t always even realise it.  We have loyalties and we stick to them. I like to think I don’t fall into the category of having to take sides.. but in reality, I absolutely do.. I am loyal to the brands that I know and feel safe with..

Fact is, they are often just about identical but we still think the one we prefer is the superior brand.  Brainwashing… ooops I mean marketing really does get in.. and that reminds me of the Colgate (it does get in Mrs Marsh) versus are your McLeans showing debate.  I’m sure my non Aussie friends will be able to replace their specific brands for our Aussie ones and understand fully what I mean.

If we were blindfolded and put through a taste test.. could we tell the difference? If we were asked to sit in a car seat and to pick which car it was by the comfort of the seats, could we?? Probably not in most cases.. but we (and yes I mean me too) still profess to preferring our own particular brand we’ve become loyal to.  So are we actually buying the product or the marketing?  I think, in most cases, it’s the marketing that we spend our hard earned money on.

I think I might swap from my photography course and study marketing.. It seems like the way to influence thousands of people to your way of thinking.. I could rule the world after all.. I like that idea.. Anyway, time to pour a wine and plot my overthrow.. 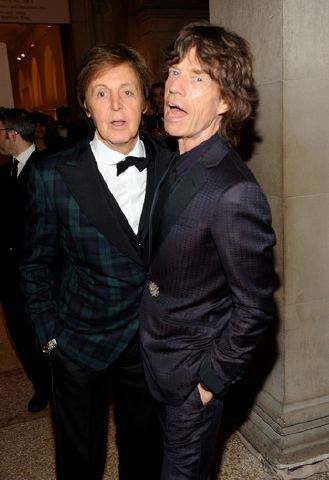 8 thoughts on “Marketing.. it does get in Mrs Marsh….”