Now I know I’m a late starter in some things but until a few weeks ago I had never read a Bryce Courtenay book.  There are a few reasons for this.  I’ve just never picked one up that I thought “oh I must read that”.  I know you can’t judge a book by it’s cover but let’s be honest, that’s exactly what we do which is why graphic artists charge the big dollars. We are a visual species and if something pleases the eye it catches our attention.

Another reason is the hype surrounding Bryce Courtenay books. Nothing against him as a person but I tend to be disappointed when I watch a movie or read a book that has had lots of hype as it usually can’t live up to the publicity it gets.  I know when Crocodile Dundee first came out, I refused to watch it thinking all the funny parts would have already been shown.  I saw it a few years later and really laughed.. stupid yes, but still funny.

So whilst I’ve always avoided Bryce’s books, when he passed away I decided to read one in his honor as I actually genuinely liked the guy I saw being interviewed.  Now I have to tell you, I’m an op shopper or garage saler.. I very rarely buy books brand new (Monica McInerney is one exception to that rule) so I scoured the shops for ANY Bryce Courtenay book and came up with nothing. I think a lot of other people must have had the same idea so I went bookless for a while.  Then a few weeks ago I was in an op shop and found the book Jessica written by him.  Beauty! Time to make up my mind whether or not his books are for me.

To be honest.. I was expecting the answer to be negative.  I have heard people talk about his books and they never really interested me even if they had remarkable covers which none I’ve seen ever did. But being a woman of my word, I promised myself I would read one of his books before I made my mind up completely.  I’m very glad I did and I’m extremely glad the first book I read was Jessica.

It captured my attention from the very first page.  Now let me tell you, I’m not a bush person and I despise snakes.  Yet the first page which spoke of the dance snakes do at dusk still had me rivetted.  The language Mr Courtenay uses to paint his picture is nothing short of poetic. It is how language should be used.  Beautifully, descriptively and poetically.  I became so entranced in the language that it took a few pages before I realised I had become so interested in the story.

Jessica is about a girl growing up in the early 1900’s who is the ultimate tomboy.  This is not all of her own making but due to the fact that her father didn’t have a son so the second daughter became his helper on the farm.  The oldest daughter was allowed to be very feminine and spoiled, Jessica, being second born was the son her father never had.

It is a story of betrayal with both sisters wanting the same man but for very different reasons.  Jessica for love, Meg for money.  It is such a stark reminder of how tough our predecessors’ lives were.  Food, money, transport, justice were all things that were hard to come by.  Great injustices happen throughout the book both to Jessica but also to others in the story, male and female.  There was very little recall for women who were wronged by society, even less so for aboriginal women but there was also little help for the poorer classes with the rich having  the law on their side.  It tells the story of a generation of children taken from their mothers, not only aboriginal but also white women.

It is set before, during and after the first world war and is based around the NSW area of Narrandera along the Murrumbidgee River.  The story takes you from the shearing sheds where one person’s defense of Jessica ruins his life forever and leads to murders, loyalty, deceit and heartbreak.  A lot of reviews will probably delve more deeply into the story but I don’t feel there is any point in ruining the surprises that wait around every turn of the page.

All 676 pages had me enthralled.  Yes there were a few paragraphs that perhaps laboured the descriptive point but they were few and far between.  It is a story of our past.  Interestingly, it is based on a true story.  I would love to find out more about the real Jessica and see what parts of the story were true and what parts were fictional.l  There are moments of amazing triumph in the book however they don’t last for long so if you are looking for a good triumphs over evil, feel good type book, this may leave you feeling a bit sad.  It has so many parts that are unfair and unjust yet it is still compelling reading.  To tell you anymore would ruin it for you.

After reading this book, I went searching for more in a local market and found April Fool’s Day, Thommo and Hawk and The Potato Factory.  I have no doubt I will enjoy them as much as I did Jessica as Bryce Courtenay loves language and this makes for enjoyable reading.   If you’ve never read a Bryce Courtenay book, I would encourage you to give one a go.  If he’s not for you, that’s okay but I think you’d be selling yourself short to have never read one, as I have done for all these years.  Now I have a lot of catching up to do.  I’m about to sit down and watch the mini series on youtube now… It will be interesting to see what they do with the story.  Hopefully, they made the characters as interesting and well rounded as they were written.

No wonder this man sold more than 20 million copies of his books during his life and I have no doubt will sell many more in the years after his sad passing. .  Vale Bryce Courtenay! 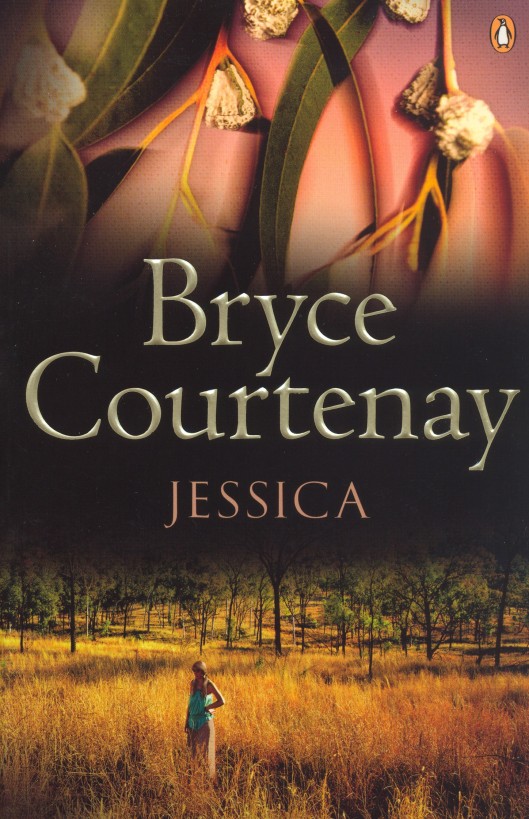