I deleted myself from a Facebook page yesterday.  It was a photographers “support” page.  I won’t name it as naming and shaming seems to be their thing and that would make my behaviour as bad as the sort I witnessed in there.  In my short time as a member of this page I had seen a lot of pontificating and posturing of egos in this particular group.  “My lens is bigger than your lens” type stuff.  When people asked for constructive criticism they were rewarded with remarks about how the model looked creepy or like a geek and comments about how blurry the photo is and the lack of ability the photographer has.   When someone asked for advice on buying a new lens, the topic went off on other egocentric tangents and competition between Nikon and Canon which were of no help to the person seeking advice at all.

Okay, I can handle a little bit of that sort of behaviour if I have to, though my tolerance level is definitely less than it used to be, but what I witnessed yesterday is nothing short of schoolyard bullying  being perpetrated by so called grown ups. One “mature” member had posted a photo of another person’s Facebook page although they had cut the top half of the name off (it was still quite readable) and then proceeded to ridicule the owner of the said page for their lack of grammar and spelling.  As is usual with pack mentality, others joined in, feeling that bad behaviour is more acceptable if it’s in a group.  The disgusting way they conducted themselves left me feeling really shaken.

Thankfully someone in the group stood up to the bullies and defended the person who was being ridiculed (I’m not sure if the owner of the page was a member of the group or not).  I was in the middle of penning a similar  reply to them, when the  person who posted it must have been shocked by this brave soul standing up to them, and so deleted the post, leaving me unable to comment.  So I wrote a new post telling them how I felt about people trying to ridicule and humiliate for the sake of doing so and deleted myself from the group.  I’ve no doubt I will be subjected to ridicule and derision myself (behind my back of course) due to standing up to the thugs but I don’t care.

This page has a large number of followers yet only one brave soul stood up and defended the person being bullied.  A huge bouquet of cyber flowers to you. We need more people like you.  We need people who are prepared to stand up and be counted.  We need people who say no to bullying and take a stand against it.  This poor person, who was subjected to adult bullying, did nothing to deserve this behaviour, except have bad grammar.

I’ve been “on the net” for around 13 years.  I started in chat rooms where I saw the best and worst of human  behaviour.  I saw a group of around 100 strangers come together every night and share their lives.  Most were good, kind people who  offered a listening ear to another person, gave encouragement and treated other chatters with respect.  The  conversations that happened were strewn with laughter, happiness, sadness and tears.  I am proud to still call so many of these people my friends.  Sadly though, we had our fair share of awful people in there too.  People who would only come in to cause trouble.  The anonymity of the internet meant they could inflict their  nasty bitterness on another fellow human being and not be taken to task for it, other than with words.

The vile filth that used to come from some of them was disgusting.  They would sit and watch (often under a different name to the one they usually used) and gain information about another “target” and then use that information to cause hurt and upset later on.  I guess this is why they are called internet trolls.. They sit under a bridge waiting for some poor unsuspecting soul to step in their way.  One such guy was horrendous.  He was downright evil in his behaviour.  One day, after yet another argument with him (I would never back down to him) he told the chat room that I was investigated by the police about my daughter’s death.  I was winded.  I felt like I had been kicked in the stomach.  I honestly never thought another human being could stoop so low as to use a tragic event  in a person’s life such as a child’s death, as a weapon. I was naive.  Once again though, the human spirit shone through and a chat room full of people flew to my defence, some ripping into him and some consoling me.  Everyone was horrified.  Thankfully this sort of person was in the minority in our chat room.

Do we really need to wonder why bullying is so rife in our schools? Children see their parents doing it all the time at varying levels.  Laughing about what they did or said to someone.  Openly criticising people who aren’t there to defend themselves.  I’ve certainly been guilty of the same thing.  Seeing something someone has posted and making a snide remark about it.  We’re not all Pollyannas who never do anything wrong.  We do have that nasty side in all of us.  Most of us do laugh when someone falls over.  Most of us will laugh at another person’s misfortune if it’s not too serious.

Television makes a motza out of this sort of “humour”.  Look at Funniest Home Videos, where it’s more important to hold a video camera while your child falls off a swing than it is to run to their aid.  We add sound effects and then we can all laugh hysterically at it.  I always hated the show Seinfeld.  Other than Kramer, who was slightly likable due to his goofy nature, there was not a single redeeming feature in any of the characters in the show. They were self centred, egotistical and just plain nasty people.  Yet the western world seemed to delight in every bitter twisted piece of vitriol that came out of their mouths. Their dysfunctional friendship seemed to delight people.  I never understood it.  Never wanted to.

Children absorb all these messages, from us and from television and all forms of media and then we wonder why they are bullies when they go to school. That is, if a parent even recognises that their child actually IS a bully.  I’m not saying we should wrap our kids up in cotton wool because the world isn’t that kind.  We need to teach them to be able to handle knock backs.  Rejection is part of life.  We need to teach them to lose gracefully as well as win gracefully.  We need to tell them it’s okay to climb to the top of the ladder but it’s not okay to step on other people on the way up. Children will always do some form of bullying, it’s the natural pecking order sadly, but we need to teach  them how to find better ways to deal with it.  The answer lies with us… the  grown ups!

Years ago my daughter was being bullied at school by a boy with a slight impairment.  I was at my wit’s end as to how to deal with it as this young boy had a lot of environmental issues along with his impairment.  I understood that he had a tough life but didn’t want that affecting my own child’s schooling.  I spoke to her teacher who was just fantastic and told me he’d deal with it in a way which Aimee wouldn’t suffer for.  I had my doubts.

A few days later, I watched Aimee walking towards me with the said bully right beside her.  Hmmm…. what was going on?  It seems this brilliant teacher had said to the young offender “Look Aimee seems to be being bullied by “someone” in the school and I need your help.  Can you please make sure she gets to her mum each afternoon after school safely and not let anyone touch her?”  Bingo.. This boy felt like he had something to offer the world.  He could help another person and gain some pride.  He was finally being trusted to do something and was given praise for it.  How to handle bullying 101.. I’m sure this wouldn’t work in every situation but seriously, this teacher needs to write a book on how to deal with stuff like this.

But back to my original beef.  There is a huge difference between constructive criticism and cutting a person down for the sake of it.  It is true friendship to give constructive criticism (within reason).  Sometimes you get so caught up with what you are doing you stop seeing it for what it is.  To have someone look at a project with fresh eyes is helpful as you can no longer see clearly as you’ve looked at it for too long. But criticism should normally be asked for rather than freely given.  I’ve been in the situation where I’ve looked too closely at something and want an honest opinion.  I’d rather ask someone and have them tell me what they see than have them praise just for the sake of it.  But when I’ve worked on something and I love it just exactly as it is, I’m probably going to be hurt if someone criticises it.  If I ask for constructive criticism, I truly want an honest opinion but delivered with kindness.

I hope these “grown ups” who think they are just being funny, realise that there is a person at the end of that Facebook page that might not have had the education they got for all sorts of reasons.  You never know what’s going on in a person’s life that may affect how they take your criticism.   That person is giving life a go and trying to make something of themselves and for people to knock that says more about them than the person who’s  trying.  If we all waited until we were perfect before putting ourselves out there, the world would be a complete non event. Kudos to the triers… to the people who rush in and give something a go rather than wait until everything is perfect….. to the people that make the most of what they’ve got.  To the knockers.. you aren’t funny.  You aren’t clever and you certainly aren’t nice.  Remember the old saying.. It’s nice to be important but it’s important to be nice.. It might be corny but it’s true..

Happy standing up for someone… Livvy 🙂 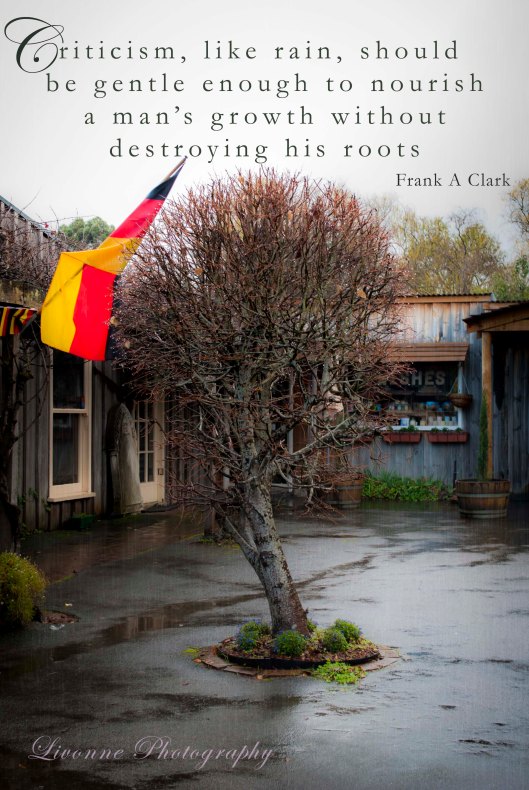